The Magniflex philosophy is based on four key values: excellence in sleep, importance of wellbeing, drive for innovation and protection of the environment.
Each of these values help achieve one important dream: offering people quality sleep which is not only comfortable, but improves their overall quality of life in balance with the environment.

Back in the 60's Giuliano Magni created his first mattresses in a small workshop.
It was the beginning of a journey which later on turned into a revolution.
In Prato, the world capital of fabrics, the sophisticated craftsmanship was combined with the most innovative ideas on rest and wellbeing.
Since then, Magniflex has been helping over 50 million people fall asleep better, thanks to the solutions and models designed to meet the needs of comfort, relaxation and health.
Over the last 60 years, the passion for research and the important investment in innovation, in design and in state-of-the-art production systems have turn the name of Magniflex into the universal synonym of comfort and wellbeing. 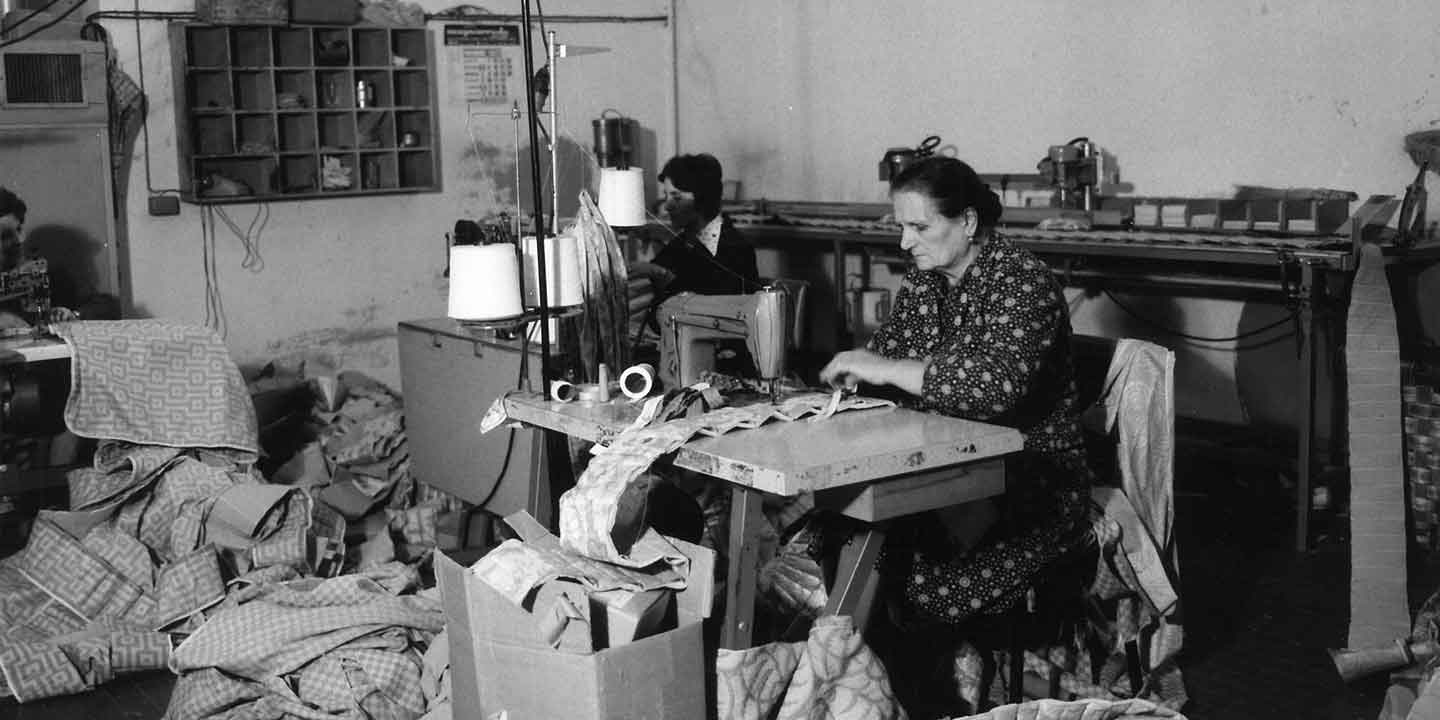 60's - 80's
From the initial production of mattresses in the workshop in Prato, productivity has grown up to 1000 mattresses per day.

From 2010 to today
The showrooms in Bangalore, Rome, Bratislava, Osaka, Shanghai, Riyadh, Sofia, Beijing, Dongguan, Ivory Coast and Miami are opened.
The company expands its distribution into Greece, Algeria, Poland, Macedonia, the Dominican Republic, Colombia, Serbia, Turkey and Kyrgyzstan.
The launch of the MagniSmartech takes place.
Distribution reaches 99 countries.
The showrooms and offices in Bönen (Germany) and London are opened.

In 2022, the Company reaches an important goal – 60 years in business. A long journey, marked by a constant evolution, and by the continuous search for new solutions in the service of comfort and well-being.

Today the company is present worldwide with more than 4000 retailers in 99 international markets and is the supplier of more than 500 great hotels. A young and determined management team continues the development of the Magniflex brand, along the road traced by the President Giuliano Magni, managing an entrepreneurial system with deep territorial roots and increasingly oriented worldwide expansion. 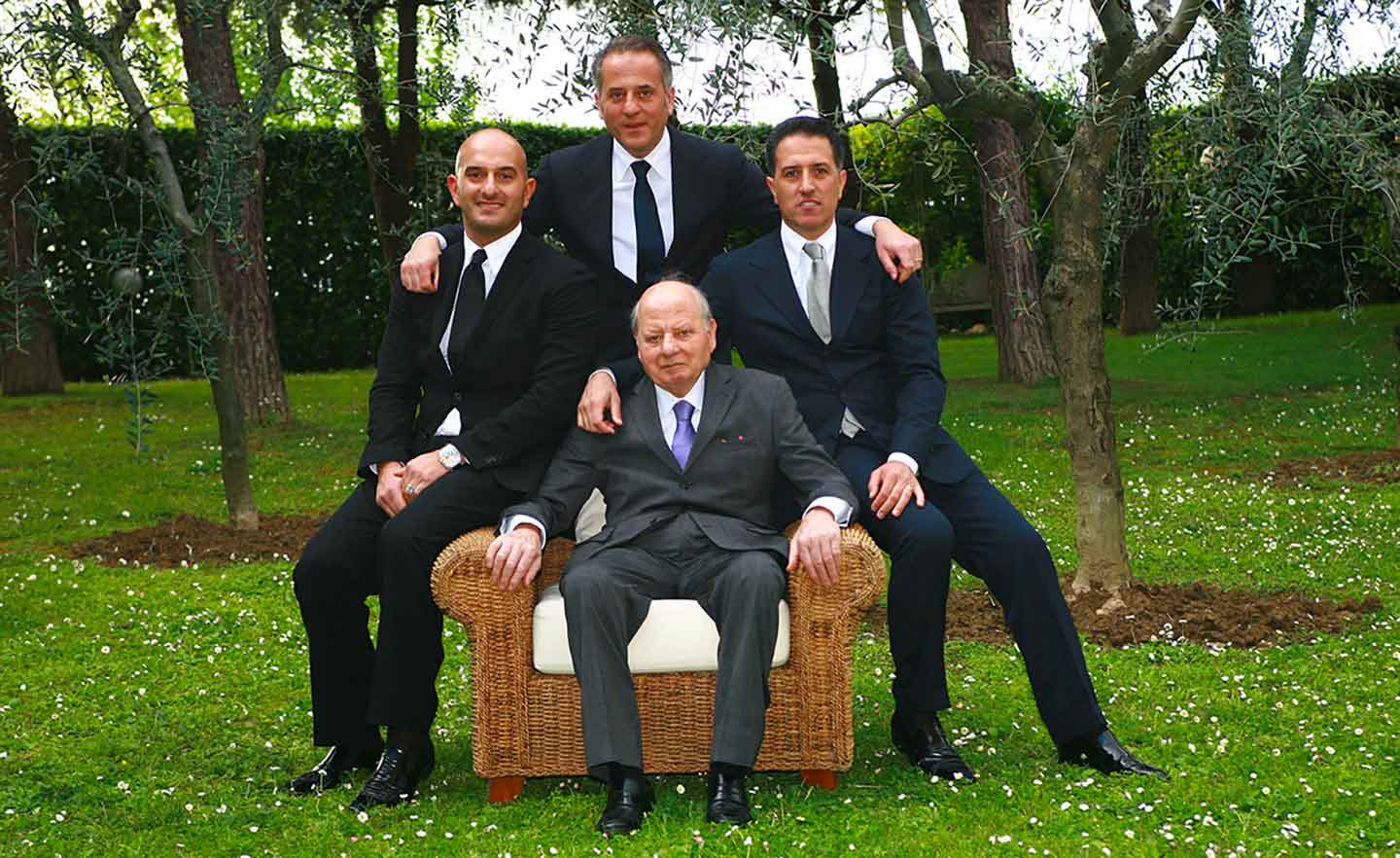 60 years of history A catalog of 170 products Present in 99 countries More than 4000 retailers More than 40 million clients worldwide 10.000 mattresses produced each day Present in more than 500 hotels 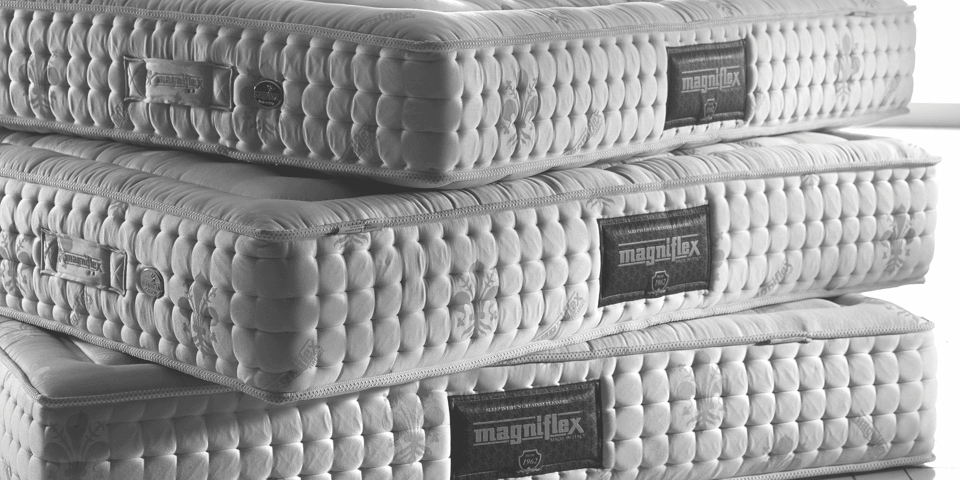 The “Made in Italy” that makes the world sleep.

The artisan sensibility and the Italian ingenuity create unique products that make of “Made in Italy” the guarantee of quality worldwide. Today, Magniflex is considered the emblem of sleep “Made in Italy” worldwide. Our clients all over the world all know of the unparalleled passion and dedication Magniflex puts into making mattresses. 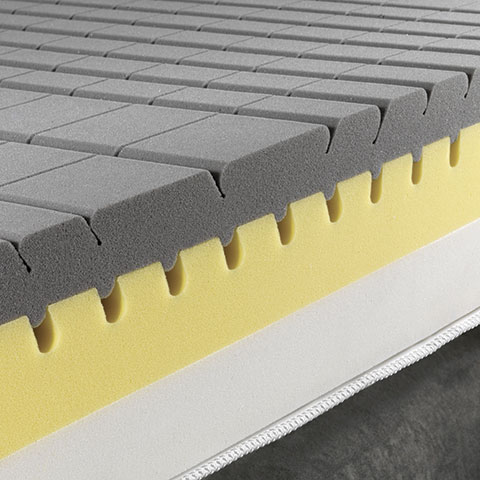 The quality of materials and skills

Magniflex is a synonym of excellence. The company's products have always been characterized by the real added value offered to the clients - the quality. This is possible because Magniflex uses 100% Italian materials and employs the skills of specialized technicians and of more than 180 professionals that work side by side sharing their passion and know-how. 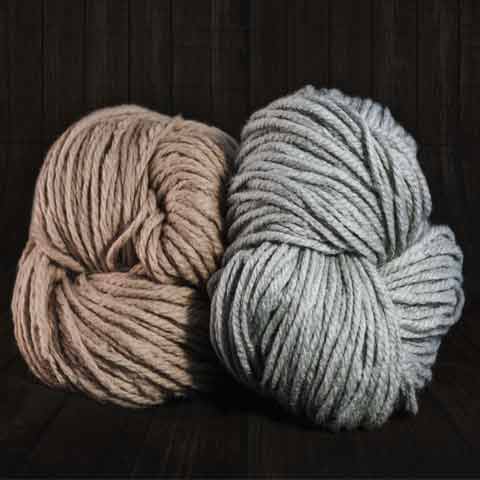 Tuscany, the land of fascination

Magniflex was born in Tuscany, a region blessed by nature, where the beauty of the landscape has always inspired art and artists. It is a type of richness that influenced our corporate culture in a positive manner because, with no doubt rest is an art too. 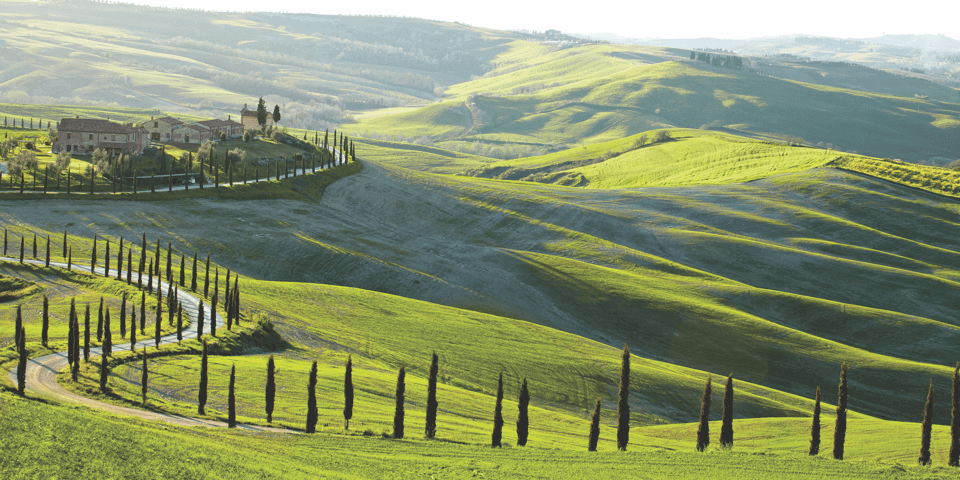 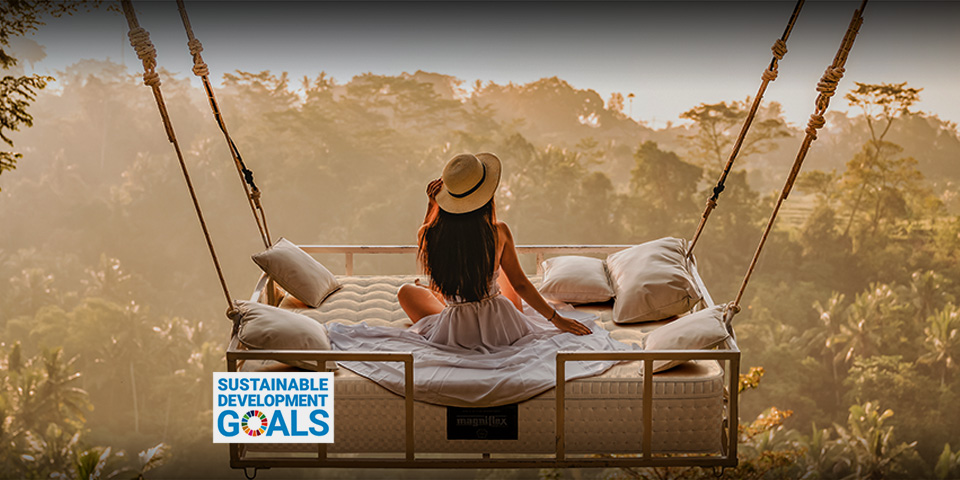 We sleep better in a better world

Magniflex has always worked in the name of environmental responsibility, while the company has reduced CO2 emissions thanks to the use of solar photovoltaic panels. The constant ecological commitment is also recognized through two certifications: OEKO-TEX ® CLASS I, that guarantees the absence of substances which are toxic and noxious for man and nature inside each component of the final product; GOTS which guarantees that the fabrics used in the Tuscany line are made of 100% organic materials. Magniflex is among the businesses that have decided to embrace the United Nations’ SDG project to develop a strategy for environmental improvement that is transparent and quantifiable at all levels within the company. Learn more about SDGs

Vacuum-sealed system, a revolution by Magniflex

Vacuum packaging, patented by the company in 1986, has simply revolutionized mattresses for the benefit of ecology and health. In fact, the vacuum system guarantees the perfect preservation of the hygienic and quality conditions of the Magniflex mattresses.

Furthermore, because of the elimination of air, their volume has been reduced by 90% and consequently it is possible to ship 13 mattresses rather than 3 packaged with the traditional method. This means a lower number of trucks in circulation and therefore a substantial reduction of CO2 emissions. 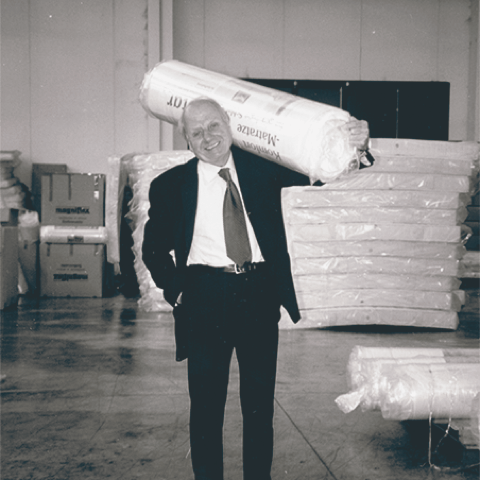 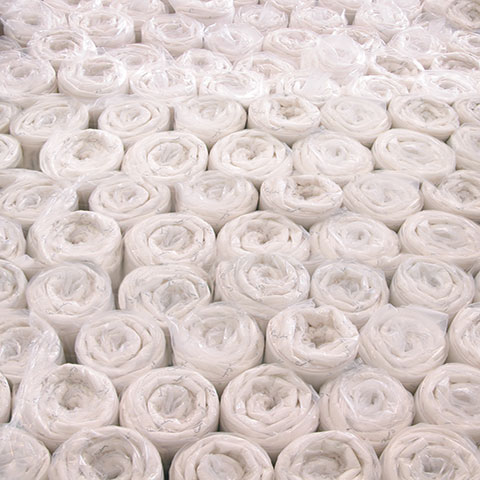 We always support a healthy life

Magniflex has a privileged relationship with sports. The company was the sponsor of Giro d’Italia back in the 80's, to highlight the close link that exists between the quality of sleep and a healthy lifestyle.
Even today the great passion for sports guides the company in its commitment to promote a culture of good sleep.

In fact, over the years Magniflex has supported various players of the Italian National Rugby team, all considered as examples of performance and genuineness, inviting them to be the testimonials of the quality that the company ensures in its products.
In 2016 this philosophy led to the employment of the legend of the Italian and international sports as the new face of Magniflex: Gianluigi Buffon.
The two-year period between 2017 and 2018 was the turning point of the partnership with the Italian Soccer Team, which included the supply of mattresses and pillows for the Federal Technical Center in Coverciano.

But our show of support to the world of sports doesn't stop here. In 2021,Magniflex became a National Partner of the Volleyball Nations League, the competition was created in 2018 and was reserved to players of the volleyball national team. A tangible sign of the bond that exists between the brand and healthy living, is an expression of the company's interest in a culture that advocates the importance of sleeping well.

Who is better than a European Champion like Giorgio Chiellini to continue the relationship that has been linking Magniflex to the World of Sport for years? Captain of the Italian National Team that won the last European soccer event, a player from Tuscany, who allows us to tie the name of our company to the place where everything began. Magniflex and Giorgio Chiellini are a strong and rooted duo, made up of healthy principles and hard work.

Between the talented athletes and Magniflex there is a link that is part of a long tradition which goes from the historical sponsorships in the world of cycling, to the most recent collaborations in the world of rugby and sponsorship of the Italian international soccer team. Sport, just like rest, is a borderless passion, in Italy, in the rest of the world. Its been 20 years of Magniflex presence in Japan that have led the company to bind to the most important sport events in the country, so that some of the most famous Japanese champions have become significant testimonials.

the made in Italy rest

Find a store near you
Comparison list
Compare
Delete